Will KAP sani2c nonstop be on your 2023 bucket list?

It has been three weeks since the KAP sani2c nonstop took place, and with the legs having recovered, most of the riders who took part are ready to sign up to do it all over again at the 2023 edition!

The KAP sani2c nonstop saw riders take on most of the three-day route of the KAP sani2c, within a 24-hour cut-off period, starting at 2am. The 250kms from Glencairn Farm near Underberg to Scottburgh beach had the first team crossing the line in 13:11:36, and the last team in finished in the dark in a time of 22:01:16. 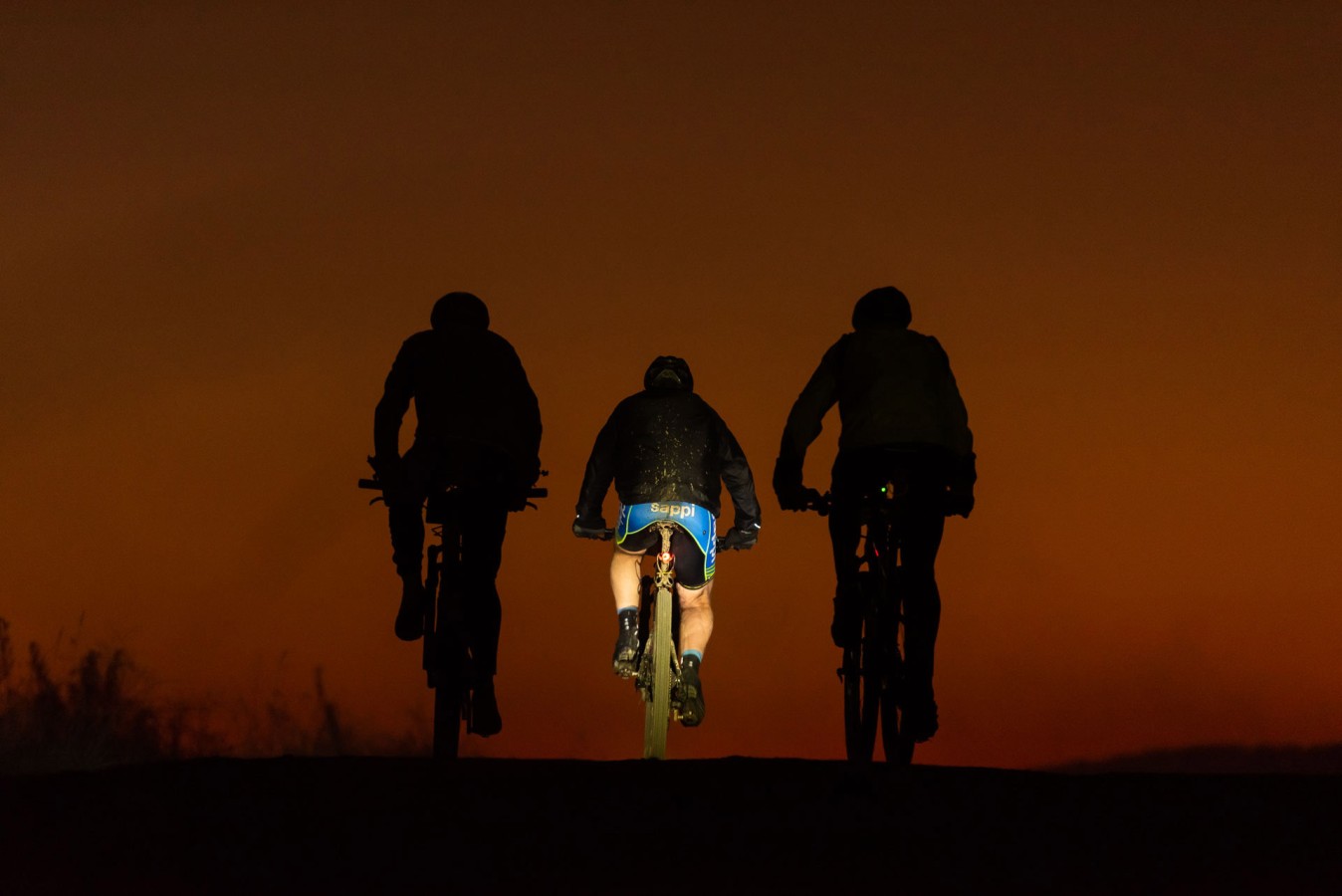 The race starts in the dark at 2am from Glencairn Farm in Underberg and most riders will ride to Mackenzie Club in the dark, which is where KAP sani2c Day 1 finishes and Day 2 starts.

Rhett Barker and his brothers formed a team of four with their support driver Chris Chilvers, and he says they were all blown away and that the event exceeded all their expectations: “Between us three brothers, Lloyd, Brad and myself, we have 49 sani2c’s under our belts and every single event brings a new and exciting adventure - we just had to enter the sani2c nonstop event to test ourselves and see what Glen and the team had in store for us. It had an intimate family feel about it. All team members were made to feel special and especially our drivers and support crew who were an essential part of the team. The route was incredible and really tough when you combine all three sani2c stages into one, which tested our bikes and bodies to the limits.”

They were the tenth team of four to cross the line in a time of 16:44:34, and brother Lloyd Barker says: “Having done so many sani2c’s together we were aware of the many highs and lows that we were likely to experience and although we were initially nervous completing the entire route in one day, our motto was to enjoy the event as a journey and savour the opportunity of spending some quality time together. This experience is up there as being one of our best.”

Riders generally have commented that the first hours on the bike were magical, focusing on the trees and single track ahead, within the scope of the head torch. 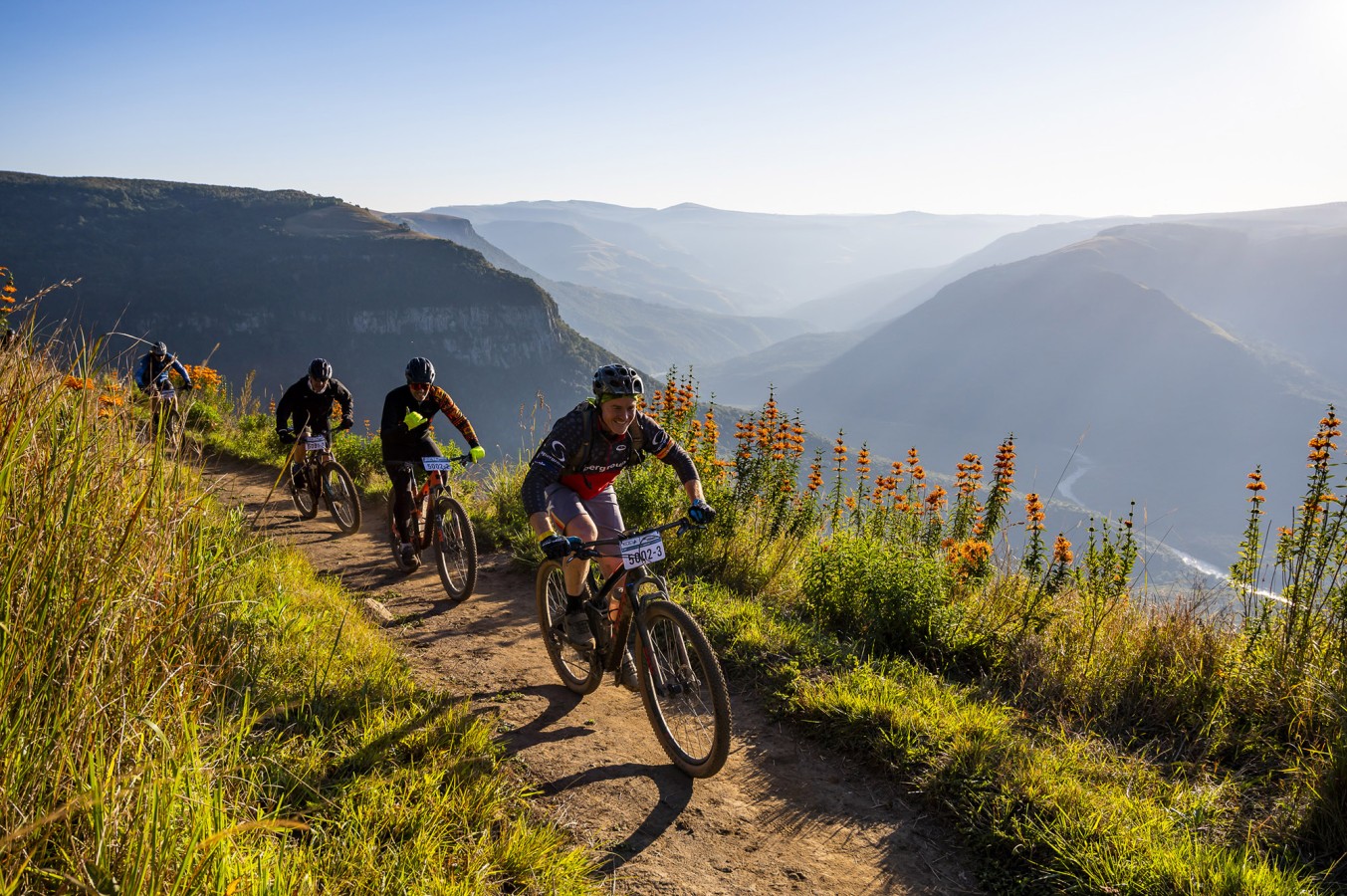 All riders are likely to take on the ‘Umko drop’ into the valley, in daylight

We asked Lloyd about the PG Bison floating bridge crossing from sani2c’s day 1, which all the riders had to cross in the cold and dark: “We initially weren’t too concerned about the floating bridge having crossed it numerous times before, but with it being 03:30am, the temperature was hovering around -2 degrees and there was still over 200kms of riding ahead for the day, the level of anxiety arriving at the crossing was raised a number of notches. Having two other riders fall in whilst we were on the bridge did not help matters and we were super relieved to reach the other side dry.”

The sani2c nonstop started at 2am, largely to ensure that all riders got to enjoy the Umkomaas Valley descent in daylight. For Lloyd and his brothers, it was a definite highlight: “After enjoying wonderful hospitality and a delicious egg & bacon roll at Mackenzie Club, it was an incredible experience to have the Umko Drop all to ourselves. At sani2c it is always a race to try get to the drop before the group and then manage one’s pace depending on the riders around you. With sani2c nonstop we could simply enjoy the drop and revel in having a clear track ahead of us and also behind.”

A number of queries and emails to the race office ahead of the race centred around the high number of checkpoints and why this was required. sani2c race founder ‘Farmer’ Glen Haw did this deliberately to ensure that the support team (made up of at least one driver) was an integral part of the nonstop team and experience, and the role also requires strategy and skill. 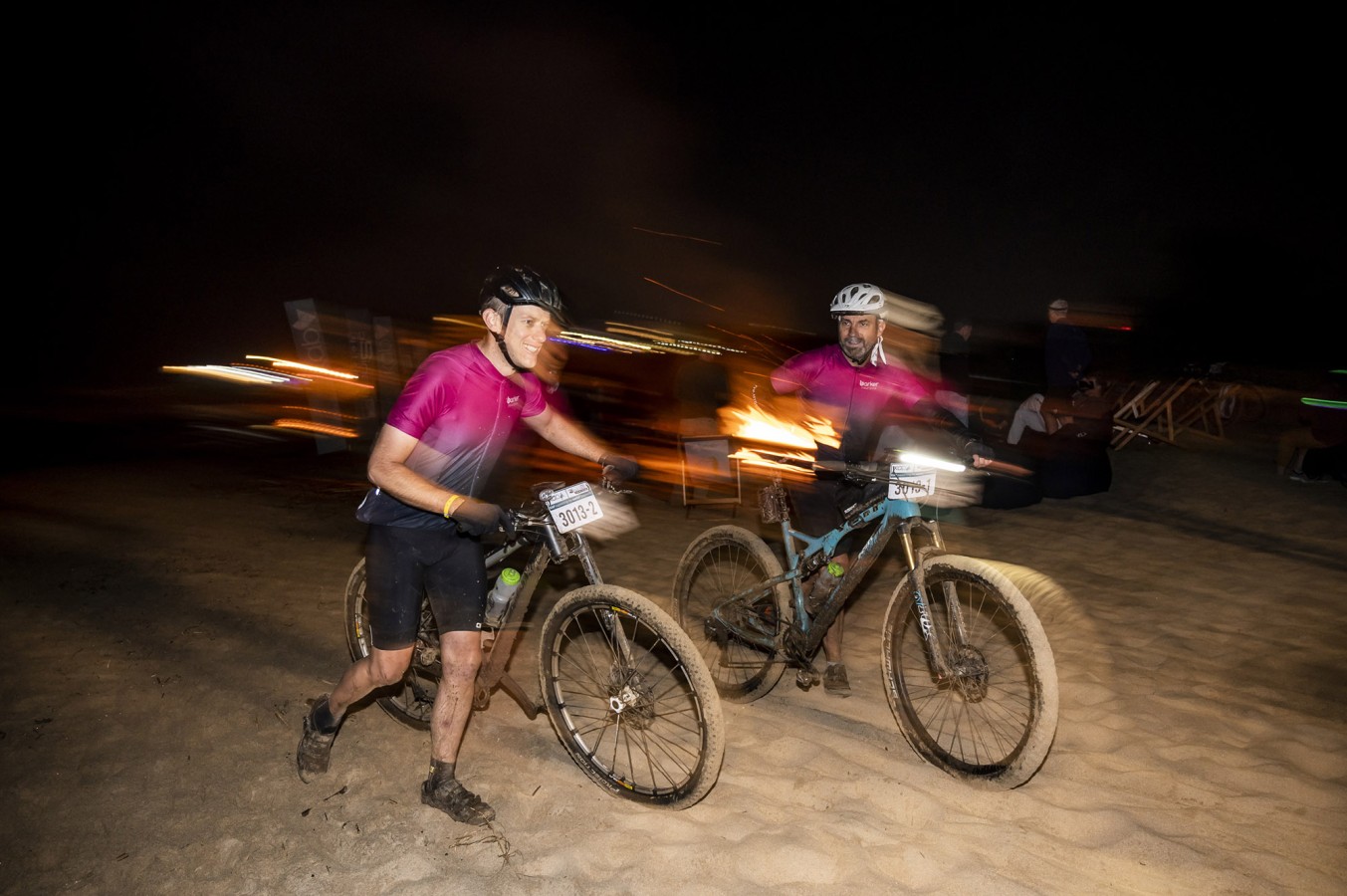 A finish on the beach in daylight, or by the light of a bonfire.

Lloyd says it worked well: “Having multiple checkpoints with a supporter added a wonderful dynamic. It broke the ride into bite-size chunks and it was a blessing to see our supporter at each checkpoint for either a simple greeting, a mouthful of fruitcake or a full clothing change. I’d highly recommend this to anyone - to challenge oneself and experience some of the best riding trails in the world, with the finest event organization.”

Alan Martin was part of a three person team as support driver, and also saw the value of how the 14 checkpoints were arranged: “What we were required to do was unique and hard work. If you have a competitive nature (as most of us cyclists do) then being a supporter does not exclude you from getting involved and getting your team to the finish as efficiently as possible, by getting their nutrition right, sorting out their bikes and motivating them wherever possible. I loved every moment of it. Next year I will be back, but as a rider!” 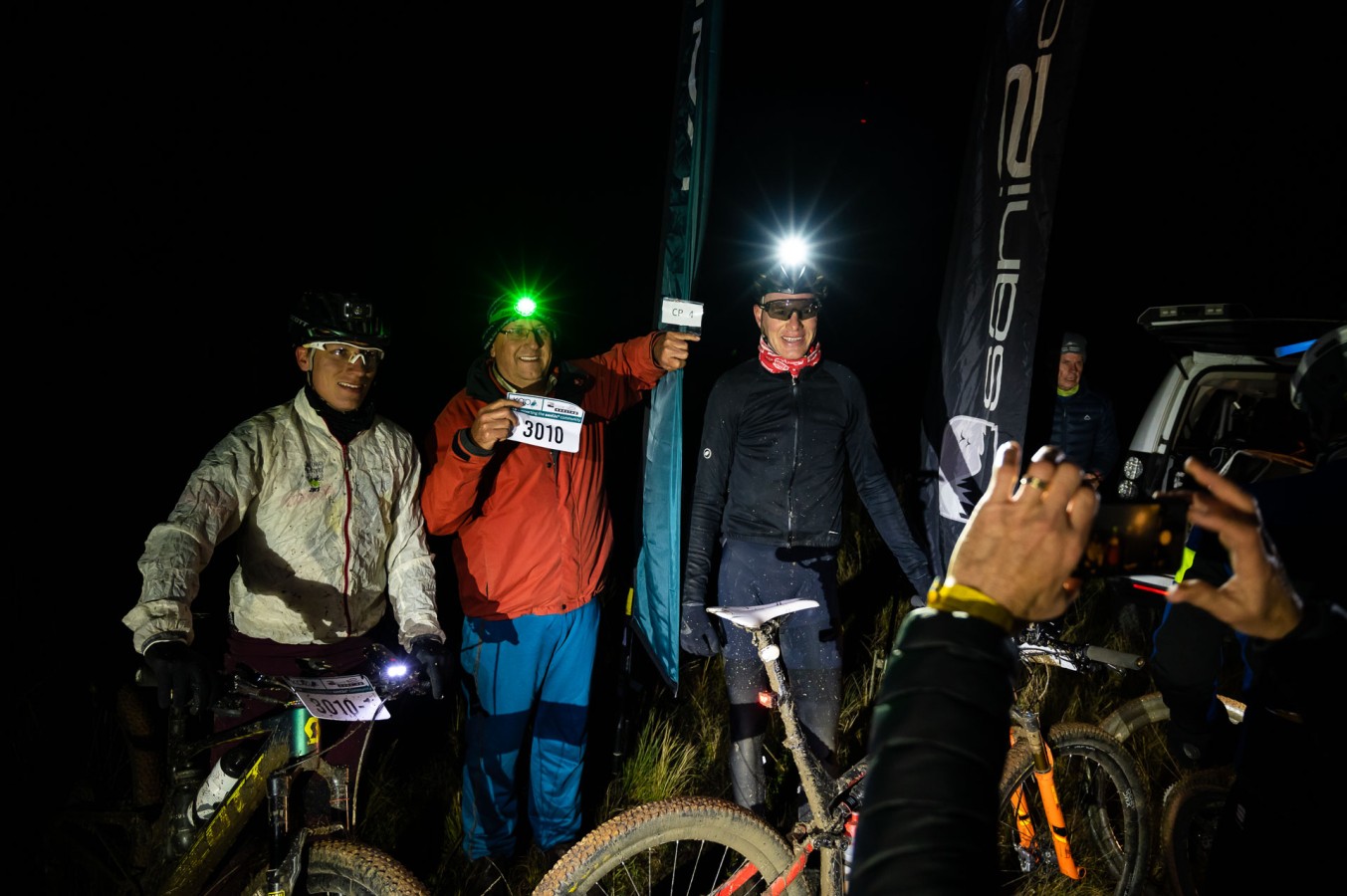 Support crew form an integral part of the KAP sani2c nonstop team experience, with multiple checkpoints where team selfies need to be taken.

In 2023 the KAP sani2c nonstop takes place from 13-14 May. Entries will be restricted due to the number of support vehicles involved. The 19th edition of KAP sani2c has the Adventure from 26-28 April and the Race is from 27-29 April.

‘Farmer’ Glen says there were 38 riders who completed the three-day 2022 KAP sani2c and then entered the nonstop as well: “There clearly will be riders who choose to do both, but I am excited to see how nonstop is fast becoming another bucket list event for mountain bikers. We really feel like we have created something extra special and look forward to sharing it with more riders next year.”

Which sani2c will you be ticking off your bucket list? For more details and to enter the 2023 events go to: www.sani2c.co.za