KAP sani2c nonstop - the show will go on!

The KAP sani2c nonstop mountain bike endurance event, set for 3-4 June 2022, will not be derailed by the further rains that have fallen since the successful 2022 KAP sani2c just over ten days ago. Founder of the sani2c, “Farmer’ Glen Haw, said yesterday that there had been some damage to the trails over the weekend but that everything was repairable before nonstop.

“All the bridges on the Umkomaas River are still up, some are out of place, but the sun is now out and on Thursday we will start getting everything as it should be for race day. The trails were nicely compacted by the sani2c riders, so damage has been limited and is quite manageable,” Glen says. 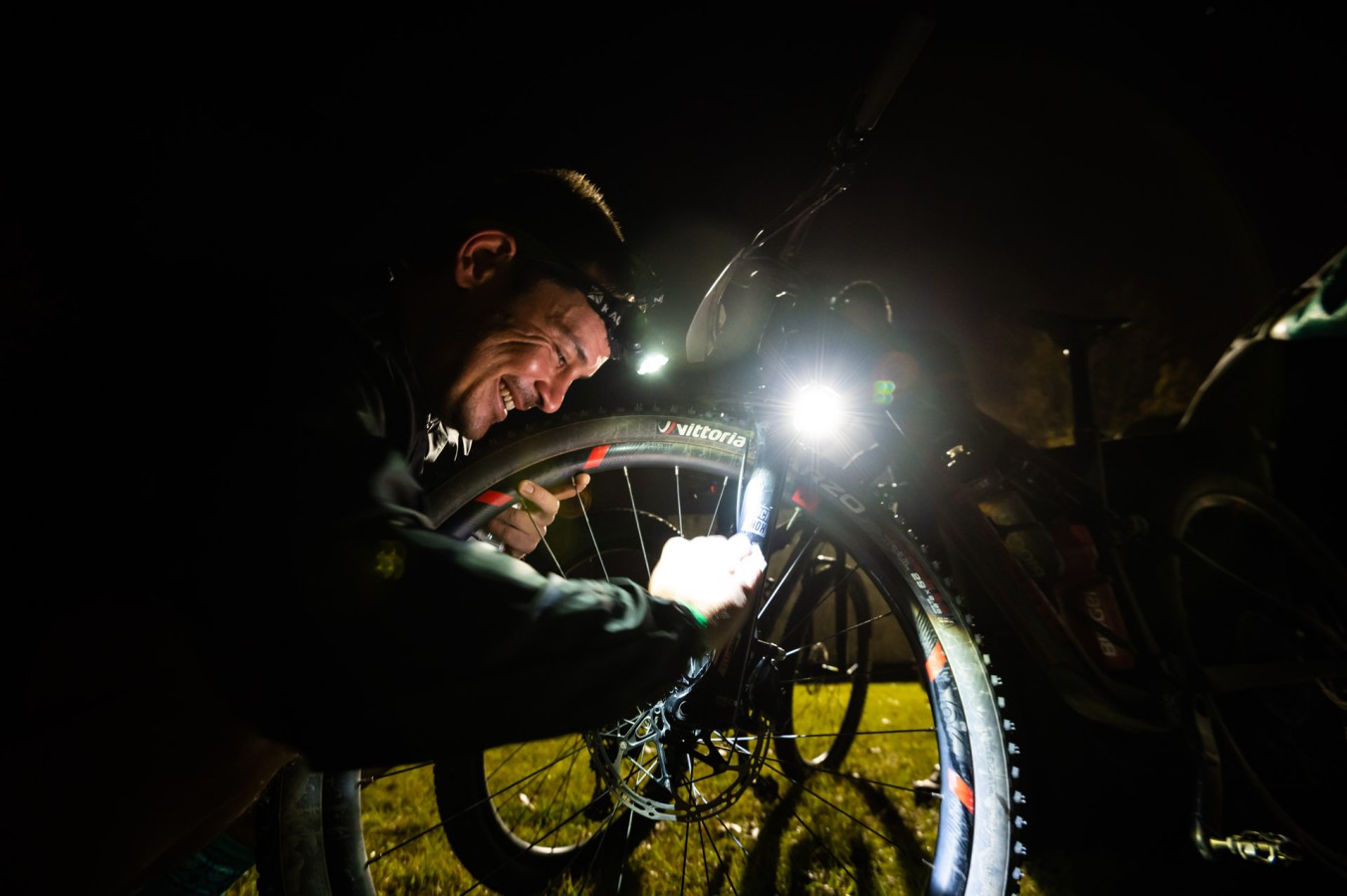 The race starts in the dark at 2am from Glencairn Farm in Underberg and most riders will ride to Mackenzie Club in the dark, which is where KAP sani2c Day 1 finishes and Day 2 starts.

The sani2c nonstop had three editions of the event between 2007 and 2009, after which it was decided to focus on the now-iconic three-day stage race that started in 2005. With the increase in interest in longer endurance events, Glen says they took the decision to re-introduce the nonstop in 2022, which sees riders journey 250kms over much of the KAP sani2c route from Underberg to Scottburgh, all within a 24-hour cut-off period.

“In the early days we had riders finishing nonstop in 9 hours, but that route included a lot of district roads and this nonstop includes a whole lot more of the sani2c trails. We don’t expect riders to finish in less than 12 hours. We start at Glencairn at 2am on Saturday, which should see the front riders arrive at Mackenzie Club around 6am. This means that all riders should be doing the drop into the Umkomaas Valley in daylight. We have cut out the Iconic Climb, but other than that, most of the 250kms are on the sani2c trails.”

Day 1’s route will be mostly in the dark, and the slower teams who have until 2am on Sunday to reach Scottburgh beach, will start in the dark and end in the dark. 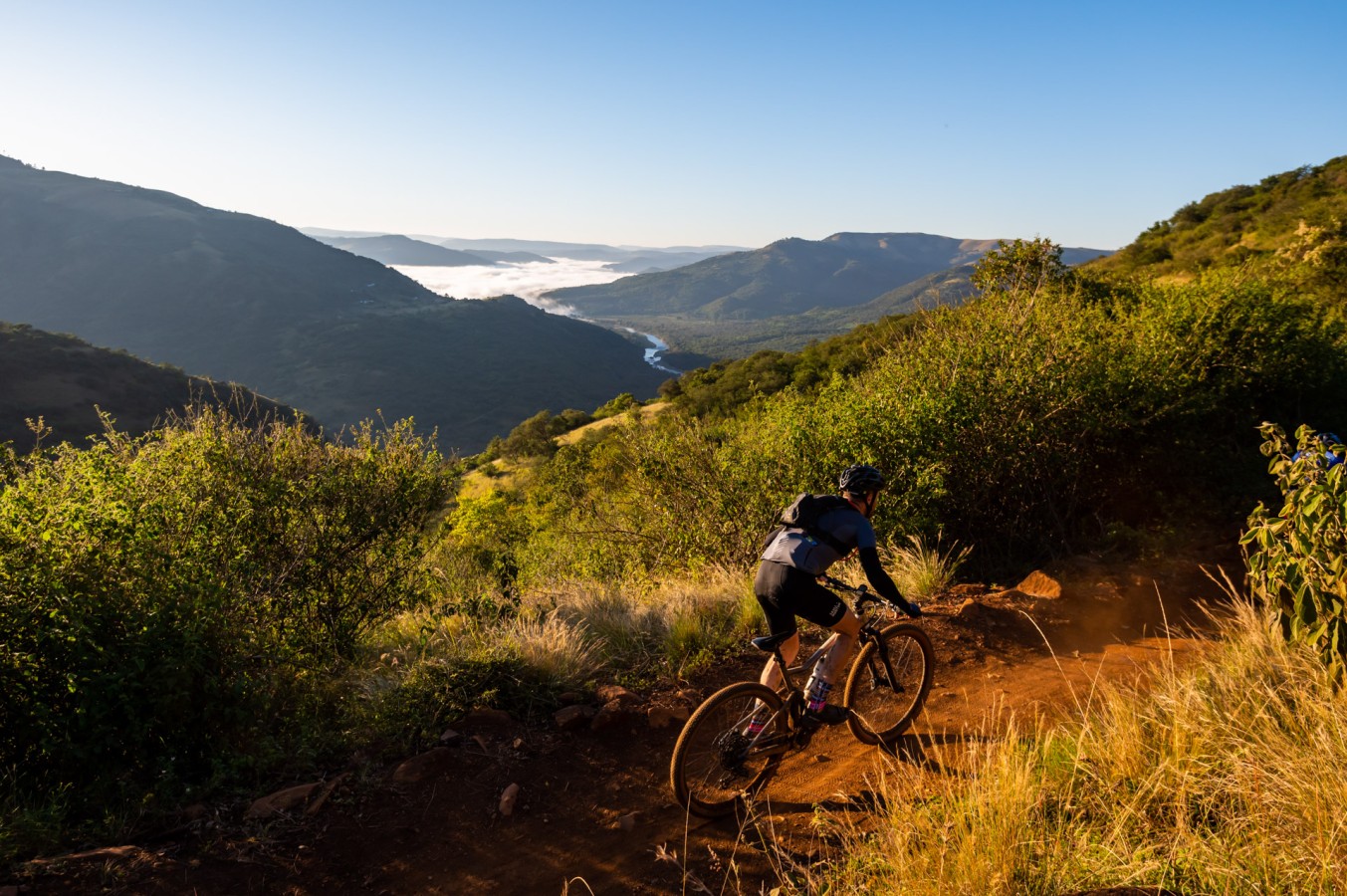 All riders are likely to take on the ‘Umko drop’ into the valley, in daylight.

Rider Martin Camp says that this will all be part of the adventure of nonstop. Having done ‘6 or 7’ KAP sani2c races including the 2022 one, Martin looks forward to doing all three days of sani2c in one go: “The Adventure of getting to the end will be fun. Endurance events I have done up until now, are mainly on district roads, and riding mostly on the sani2c trails will be a great adventure, the forests, the trees, small bridges, and rivers to cross. To do the whole of day 1 in the dark will be something different. The logistics and seeing if we can make it to the end will be a test of our navigation skills and a real team effort.”

Martin will be teamed up with Andy Taylor, and the pair may have a third rider join the team. Martin’s wife Alyson will be the support crew, and she is familiar with the route having played a support role in all of Martin’s sani2c rides.

“I think sleep deprivation will be tricky; we have to try and get a few hours’ sleep until midnight and then get to the start. Andy and I will be doing more practice runs in the dark before then - I will have a light on my bike as well as a head torch. We will definitely be one of the teams that will  be riding night-day-night and we are really looking forward to it.”

Laurin Little and her husband James have done about 15 sani2c races and will be on the start line of the nonstop. In fact, each of them did the nonstop in the early days and are looking forward to the new 2022 edition: “We have done so many of the sani2c events, we love it as it’s so well organised. Being from Underberg originally, we feel like we are missing out if we are not part of it. We moved to Cape Town seven years ago and we love to show people our part of the world. I run a spinning and pilates studio, and we have taken up a lot of people who then come back to Cape Town and tell others about it,” says Laurin. 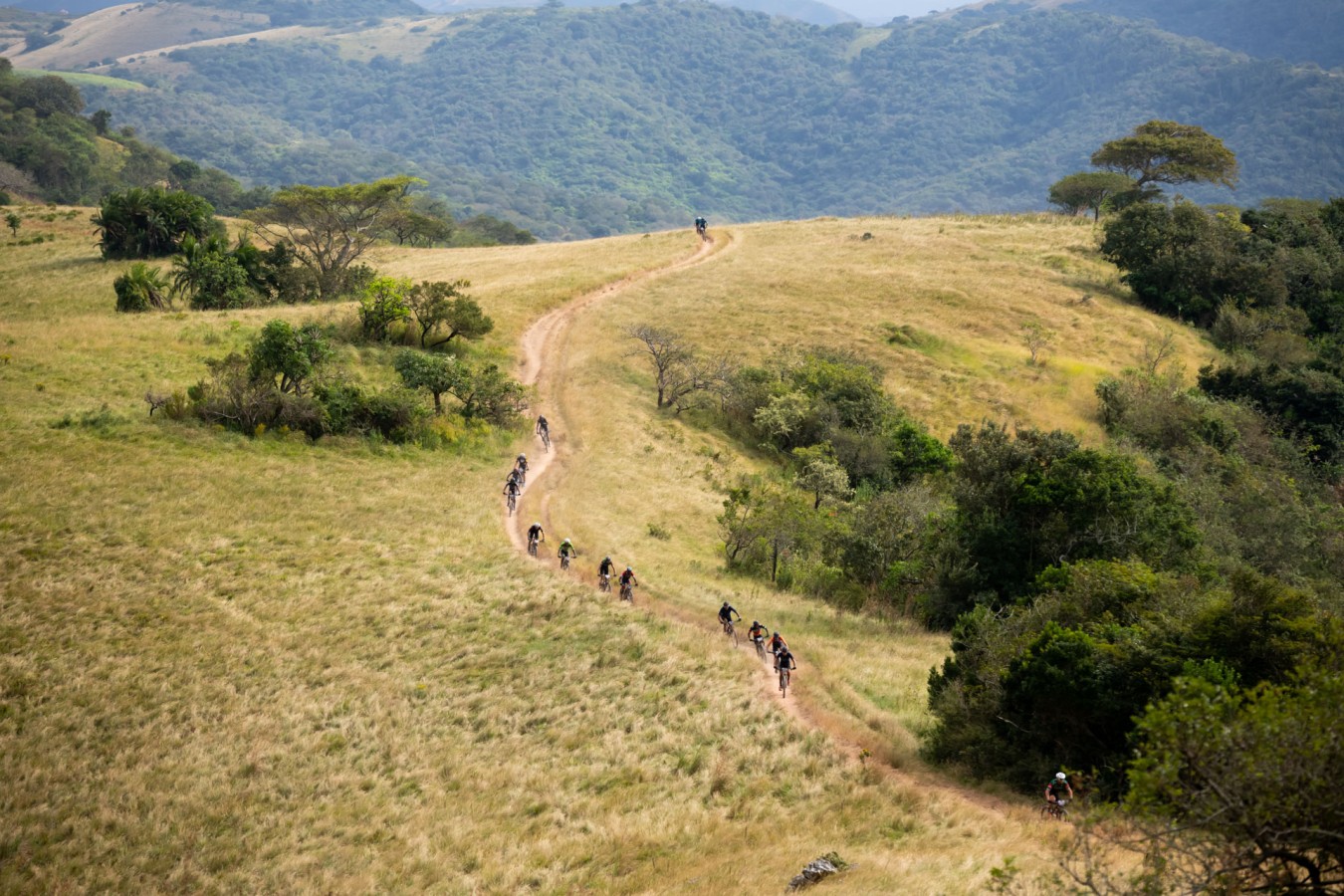 Vernon Crookes Nature Reserve, one of the highlights of day 3 at the KAP sani2c, may see some of the nonstop teams pushed to their limits

“Nonstop will be a challenge. When you do a three-day event you only have to manage about 4-5 hours on the bike. Nonstop will probably be about four times the effort, and it will test the team a lot more. The sense of adventure of riding in the night, through sunrise and sunset, will be exciting.

“It’s so interesting to see how equipment has changed for these endurance events. I remember my dad made me a torch to put on my bike - it was a motorbike battery with a juice bottle case and an LED globe, and that was our light. For navigation on the early nonstops, we had a little flipbook with instructions that added an extra element - ‘turn left at the pink house’ instructions can be quite interesting! With GPS now, we will just have to make sure that the GPS lasts; it will be much more accurate. We have never done an event where there are no route markers.”

Doug Abbey from Underberg, who completed his tenth sani2c this year, will be the Little’s support crew for the nonstop. Laurin says: “Doug is very thorough, he is already asking us a bunch of questions; things we have not even considered. You just don’t know how your bodies are going to be; if you’re a team of two you could be having a tired and grumpy patch, and so it’s good to know you will have a smiling face to help you down the road. The whole team thing will be fun. We have to take photos and whatsapp them at certain points, so it is really going to be like The Amazing Race.” 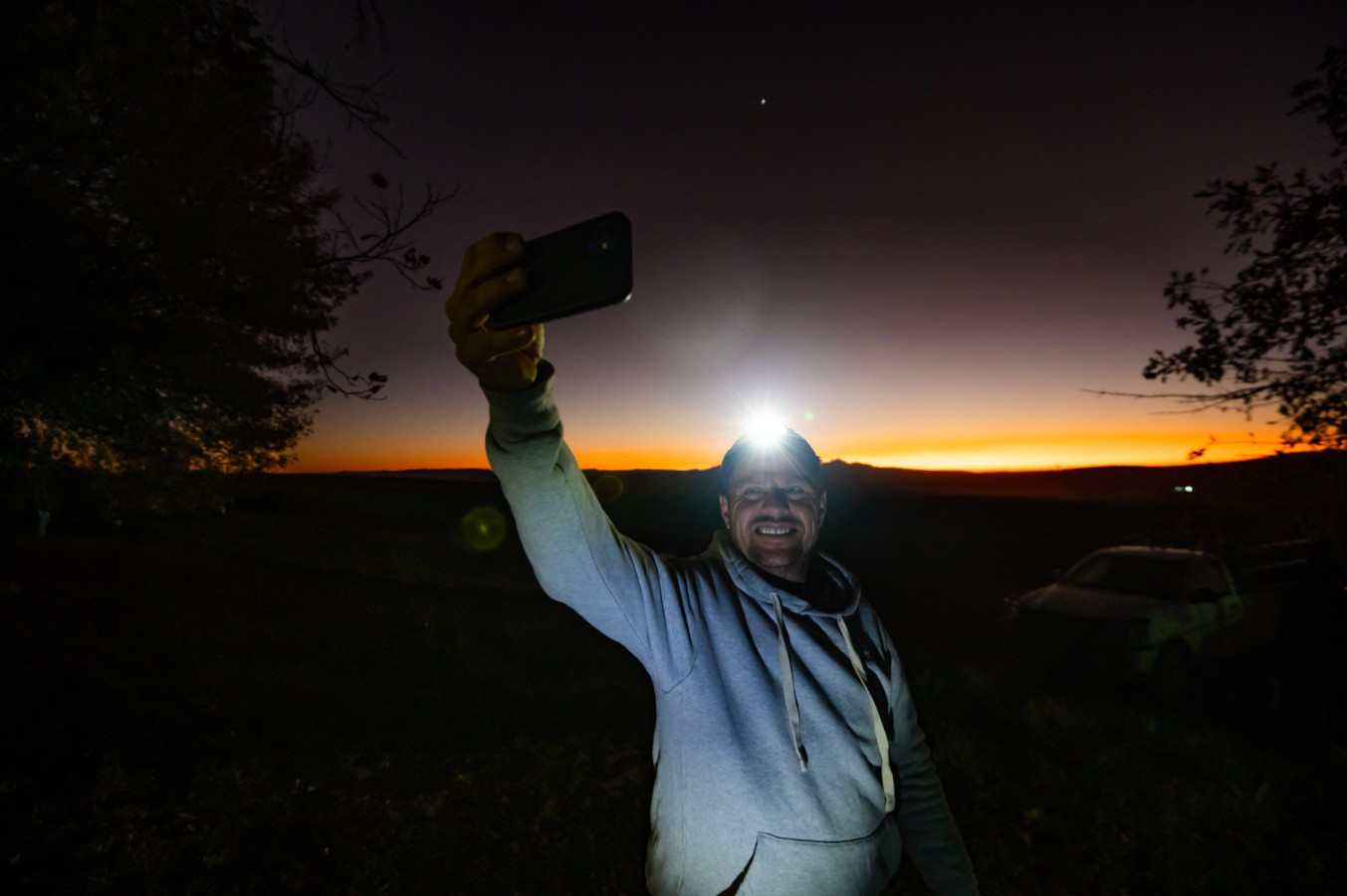 Glen says the support crew will be an integral part of this event and will be recognised and acknowledged for their crucial role: “Supporters are really going to be involved and enjoy it as an adventure. Getting from one point to the next is quite complex and a lot of work, but I think it’s going to be great fun and we will see the support crews wanting to come back just as much as the riders. We are hoping to create a unique event. It’s an endurance event but with a focus on the team that includes the supporters.”

The KAP sani2c nonstop will finish at the beach at Scottburgh. Supporters will park at the Cutty Sark hotel and need to join and cross the finish line with their teams. The prize-giving will happen at 9am on Sunday 5 June at the Cutty Sark Hotel and promises to be a great celebration of an epic adventure.

Entries are open until Monday 30 May at midnight. To enter go to sani2c.co.za