The KAP sani2c delivers the ride of your life

The KAP sani2c 3 day MTB stage race is 265kms of stunning scenery and flowing trails from Underberg in the southern Drakensberg to Scottburgh on the South Coast. The event is renowned for its hospitality, impeccable facilities, amazing catering and a very special vibe at the race villages. But, says founder “Farmer” Glen Haw, the ride itself is what matters most.

“You can do all you can at the race villages, but if the ride is not good nothing else works. This year the route was better than it’s ever been in our 15 years. And when the weather is like this, everyone can do what they had planned for their ride.” 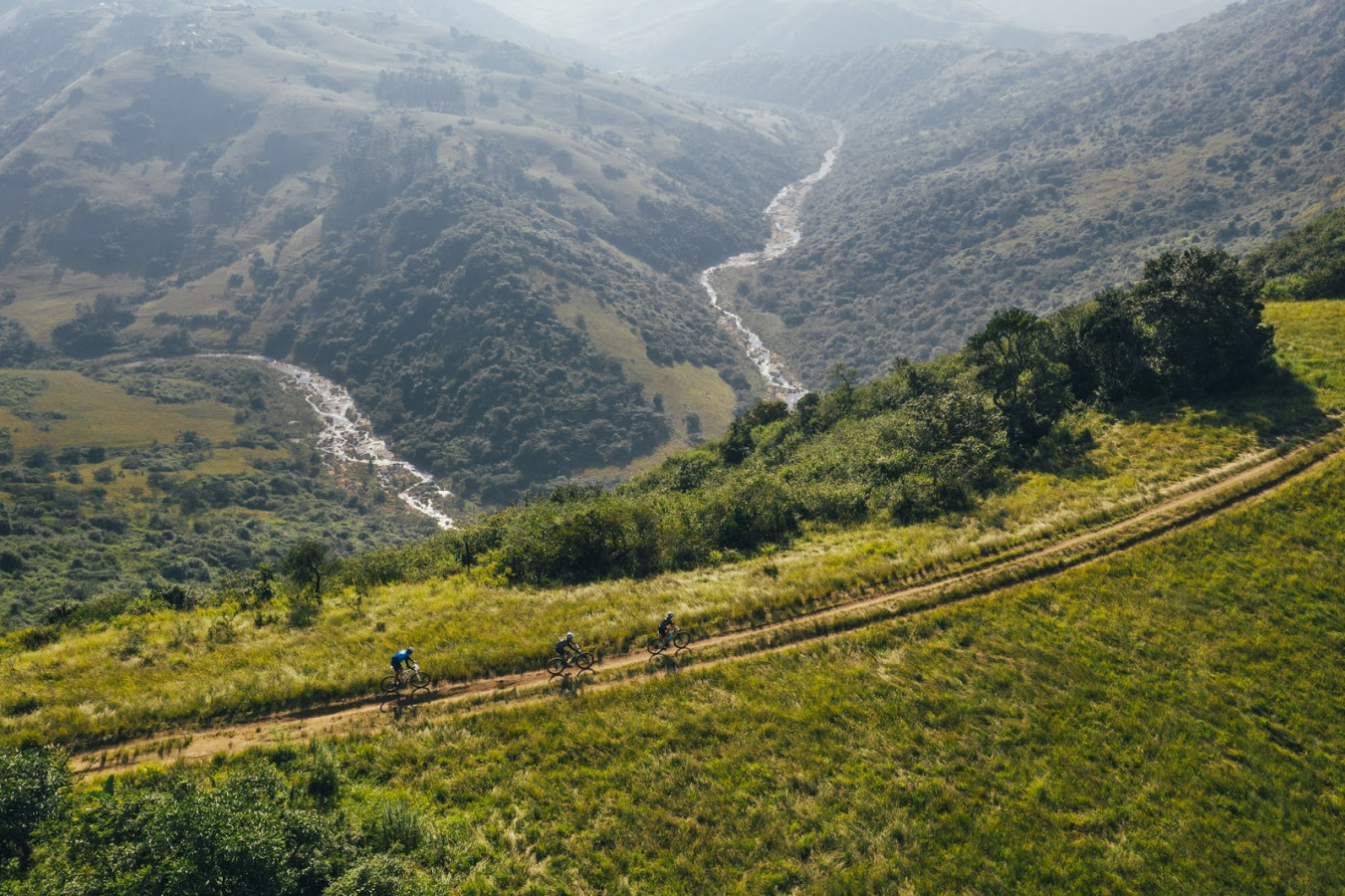 Dean James from Bedfordview agrees, saying: “Considering the weather that has come through in the last month, to get the trails into the condition that they are now in, there has been a lot of work put in. It was such a fun ride. The new stretch (on day 1), the “Great Oke”, was amazing. To make it downhill like that was pretty cool; you look back and you see all the riders snaking down.”

Dean’s riding partner Eugene Kritzinger from West Rand commented on the organisation of the event: “It’s mind boggling how seamless it is, even in 2017 with all the rain we had an incredible ride.”

Sean Dane from Salt Rock missed doing the first sani2c in 2005 but has done every one since. He describes his experience of the drop into the Umkomaas Valley: “It’s the most amazing experience sweeping in and out of all of those switchbacks and it’s  fast track, it’s brilliant. And the view on the left as you are going down, I wish I could go and do it again. Each year, for as long as we can, we’ll be doing sani2c,” says Sean. 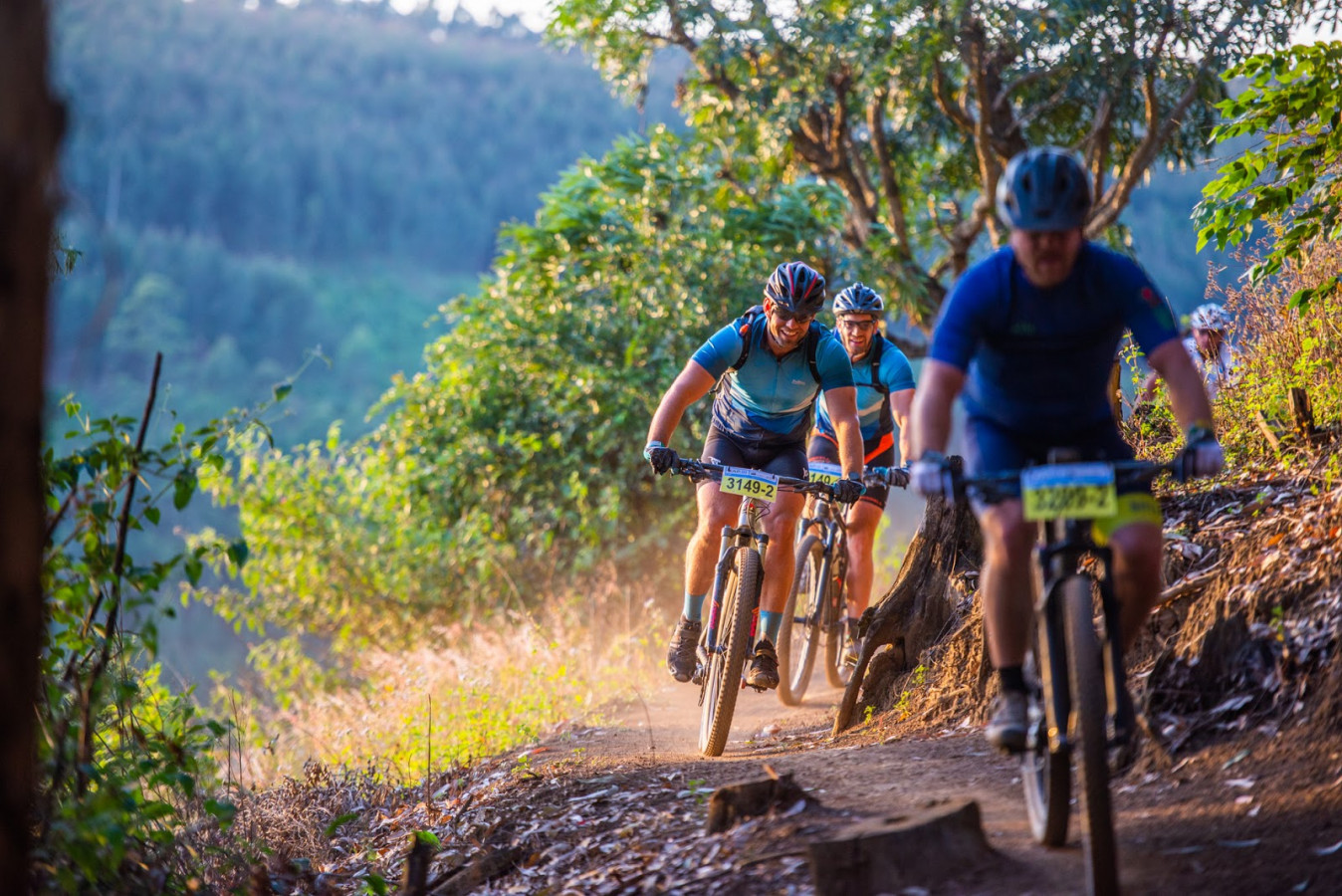 “The way the race has evolved over the years since 2006 when I first did it is unbelievable. The amount of time, effort and work everyone has put in; the tech, the supremely manicured track. It’s a very well-organized event. It’s also good to see a race giving so much back to the communities.”

Sean’s riding partner Craig van Heerden, also from Salt Rock, was doing his third sani2c, and says it started as a huge challenge in his first year as he had not ridden a bike since his school days: “Each time there is something different, something you have forgotten about from the previous year that springs up on you and it is new and improved. Not one year has been exactly the same, there is always a bit of variation, all the time constantly evolving. There is such a  huge focus on the rider experience.” 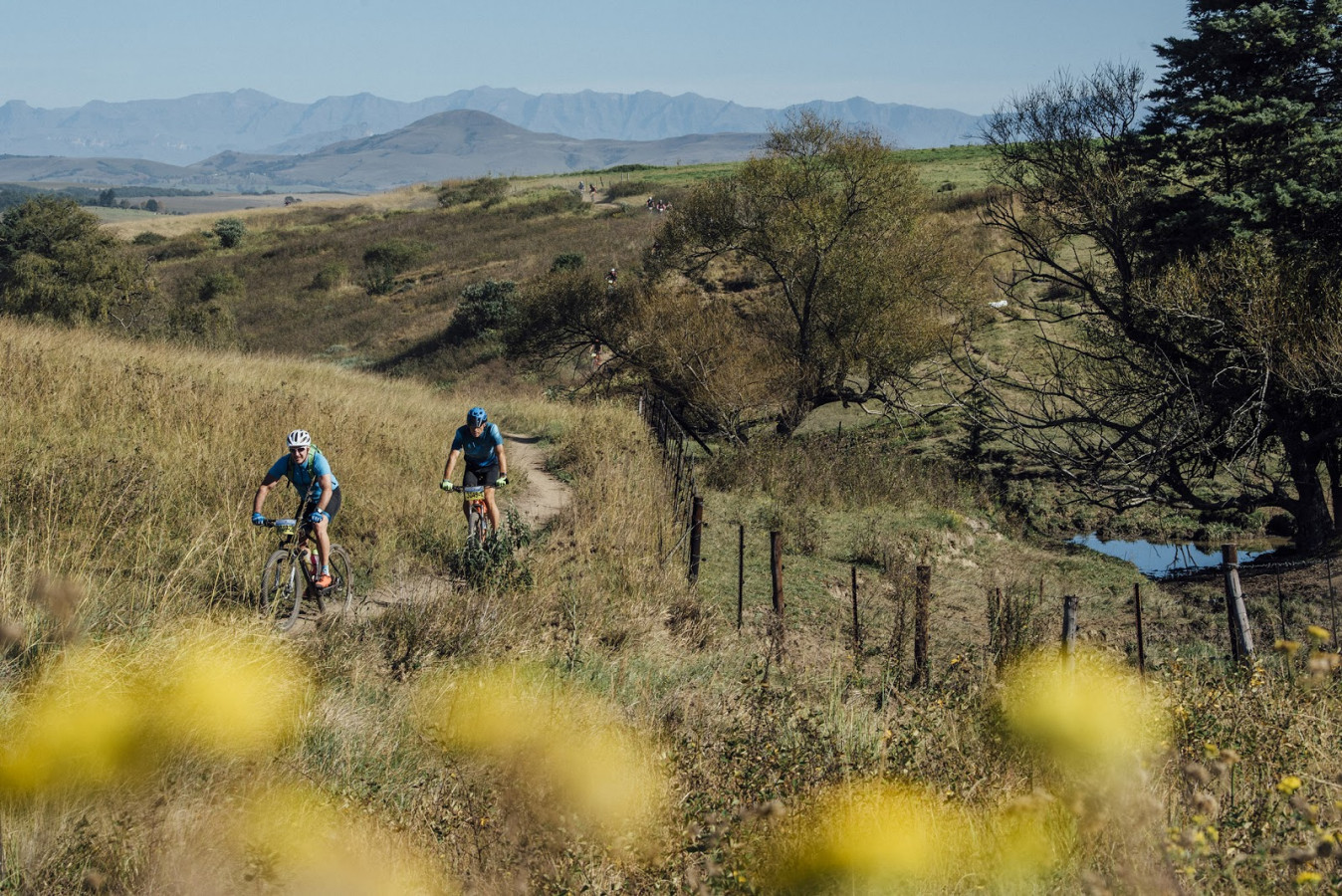 Erika Blom from Midstream and Tanya Iozzo from Johannesburg came into Jolivet on day 2 of the Adventure after 8 hours 46 minutes, having had a day of technical difficulties. Erika is a triathlete but an MTB novice; she took up the sport a mere six weeks ago: “We had such fun. I am so grateful for the Ride Like a Girl clinic that we did; next time I would practice more switchbacks. We did all the turns slowly but I think if you get into the groove and you turn earlier and your back wheel spins, then you can actually do it more safely.” 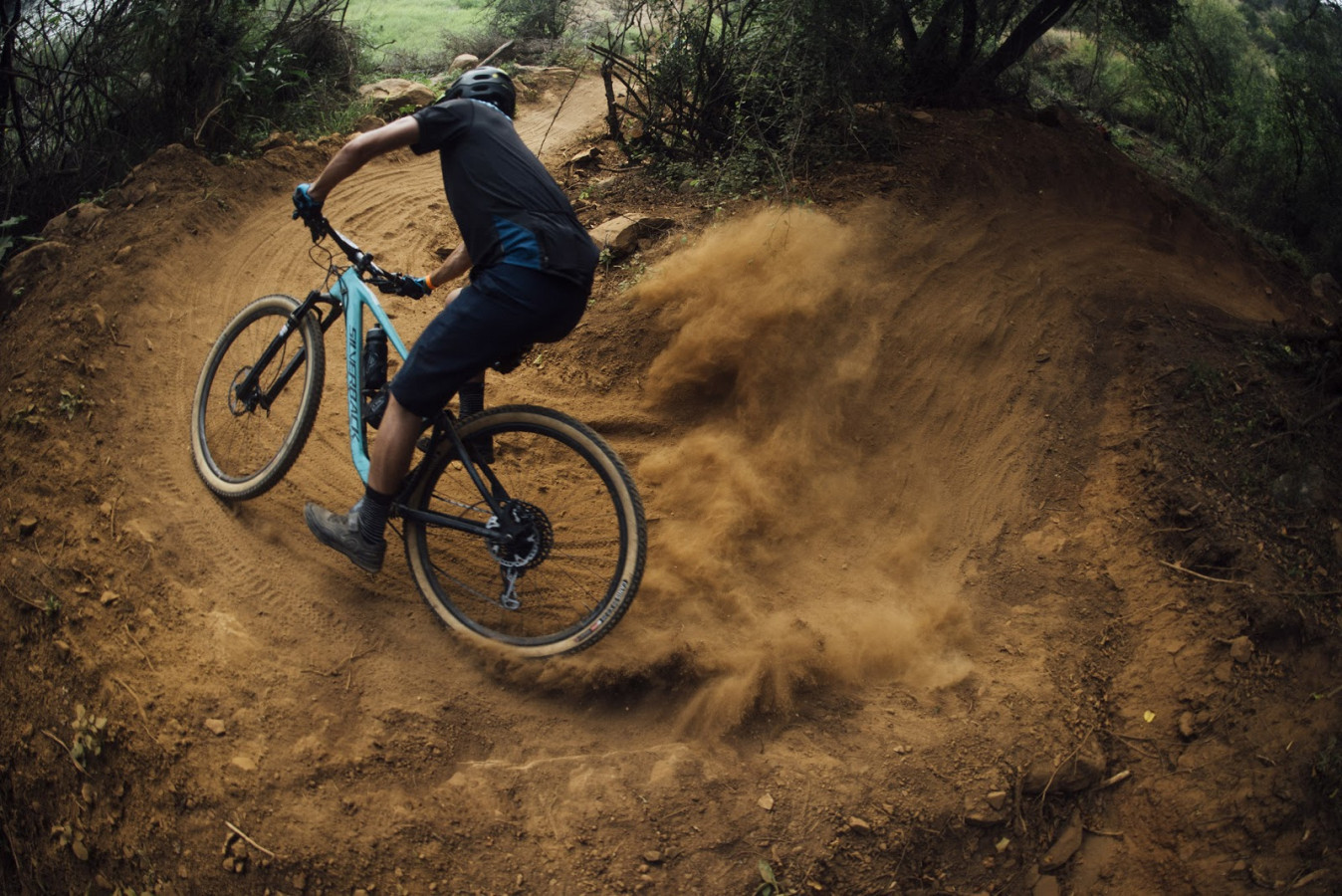 “The Umko drop was magical”, says Tanya, “I would put up with the Iconic Climb again for that. It was worth every minute of it.”

The two say that the people and the atmosphere at the event really helped them in what was their first stage race. Erika summed up the experience: “After day 1 you are full of confidence to become a Black Mamba (a rider who completes ten sani2c events), after day 2 you’re quiet, then the wrap up on day 3 makes you miss the experience already. What a great first stage race, so many kind people, excellent hospitality and breathtaking views.” 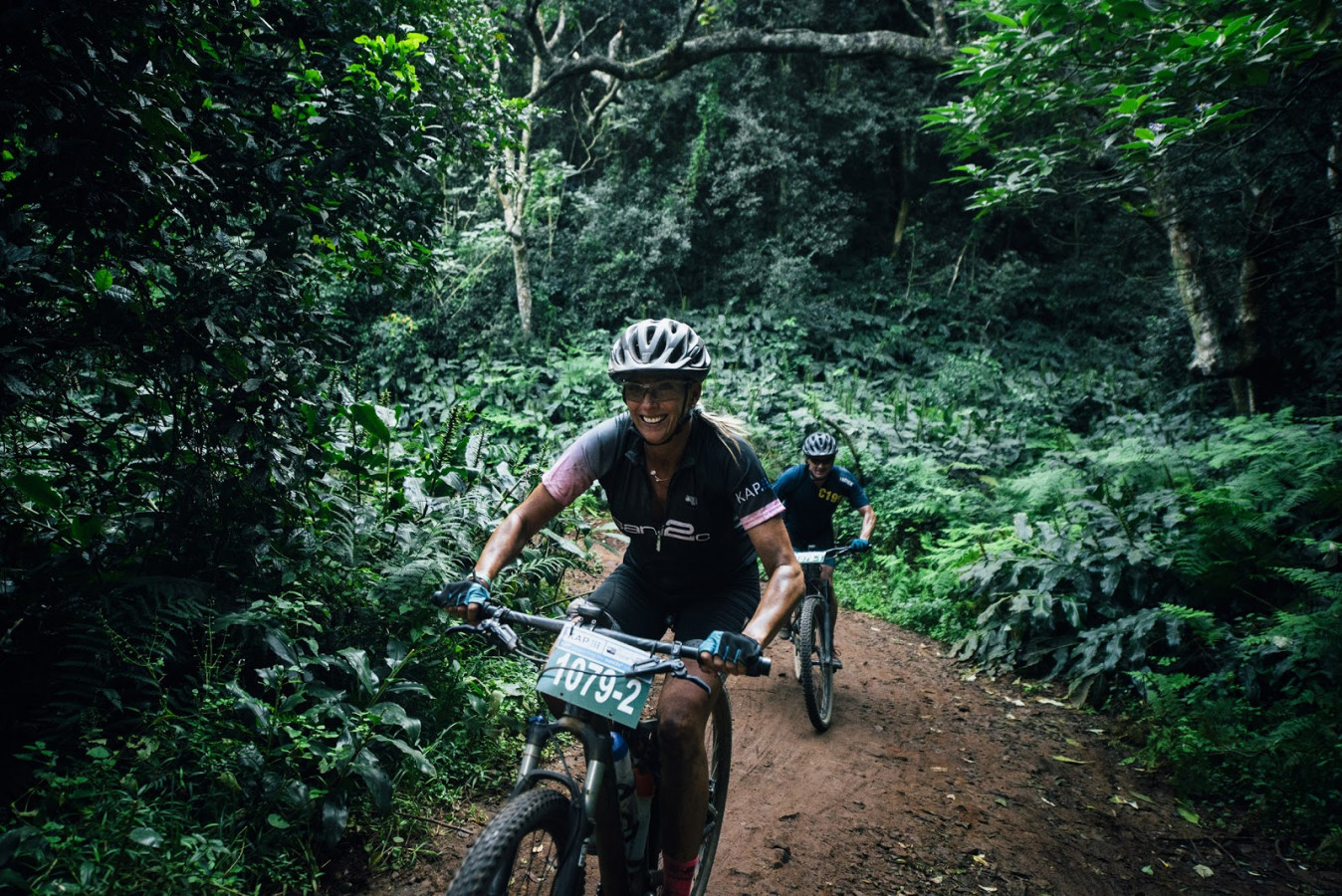 In the Trail this year, 45% of the participants were first time sani2c riders, which Farmer Glen was thrilled about: “We have many new riders across all three events which is encouraging for the sport, while we also have a large contingent that comes back again and again. We added 35 Black Mambas who have now completed their tenth, and we have 6 riders who have done every single of the 15 sani2cs, the Black Mamba Legends.

“We have made a concerted effort to let mountain bikers know that sani2c is rideable if you are a competent rider. The trails are not highly technical; it gets technical when you ride fast. We cater for the full spectrum of riders by having three versions of the event, and the Race caters for those who want to ride as fast as they can.”

With the support of the communities it travels through, and with a community effort in building and maintaining the trails, the sani2c delivers a route through farmlands, forest, game reserve and tribal land that you simply cannot access otherwise, and through scenery that takes your breath away. 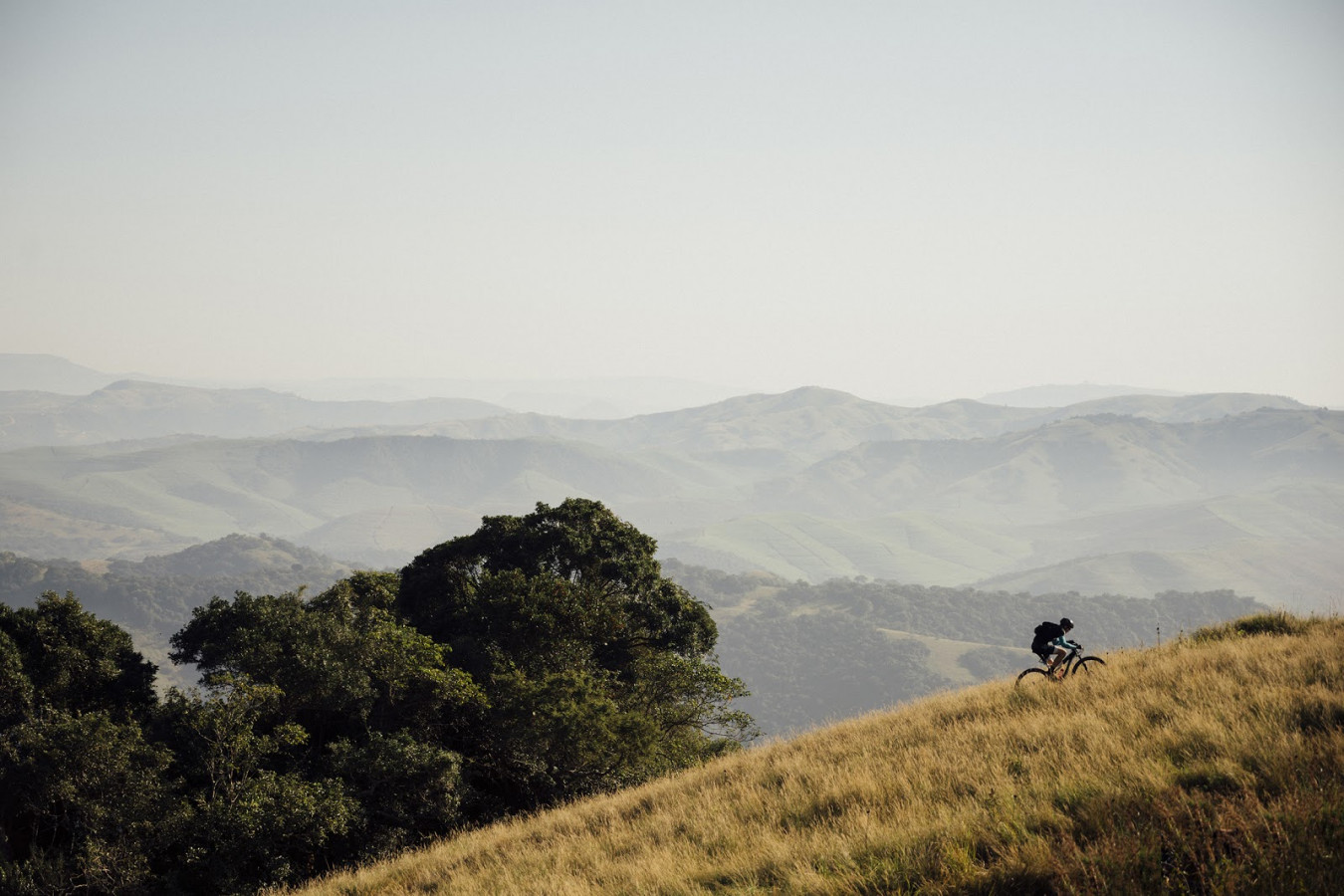 Donovan van Gelder from Durbanville used to be a full-time triathle and is used to a road bike. Also new to mountain biking he took part in the Race. “I wish I could have stopped and looked at the views more. It’s phenomenal. If I was not riding this race I would not have seen all of that, that’s what’s awesome about it.”

Clive Erasmus from Johannesburg was back for his second sani2c Adventure: “The trails are amazing. You’d think that over almost 300 kms you’d do a lot of district road, but you don’t. There is a huge amount of  single track and jeep rack. The mix of trail is great, some nice downhill stuff, forest, and bush track.” 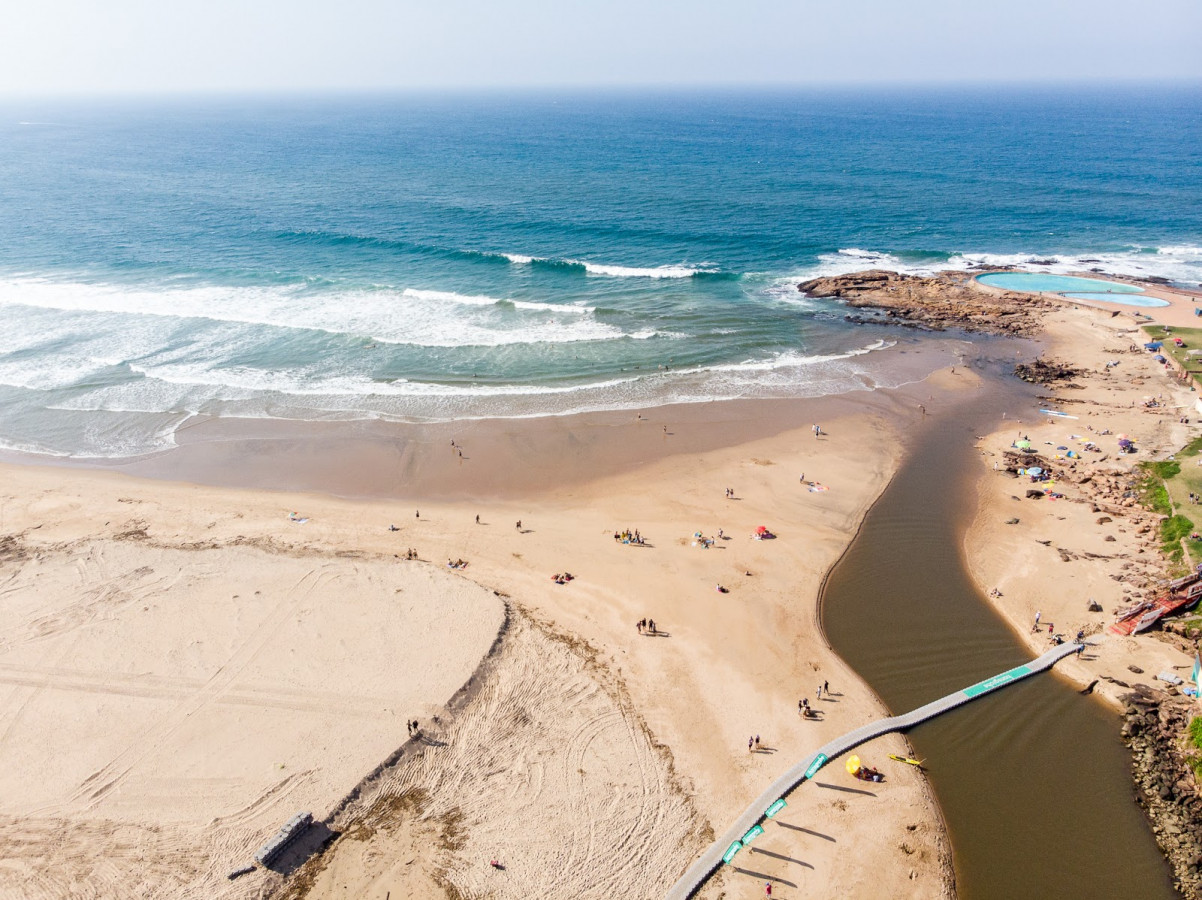 With the trails in great condition and exciting additions such as Woody’s Burn and Oak Maize, the 2019 KAP sani2c certainly delivered a ride that has newbies hooked and the regulars entertained.