‘Buffalos’ to become ‘Mambas’ at the KAP Sani2c

Trevor Case from Magaliessig, and Murray Brown from Malanshof, are lifelong friends, having grown up on the same street. The pair are heading to Underberg to ride their tenth KAP sani2c together, which gains them “Black Mamba” status from the race organisers.

The iconic 3 day mountain bike stage race travels 265kms from Underberg down to Scottburgh, and since the Buffalo category was introduced five years ago, Murray and Trevor have won it every year. A Buffalo is a rider weighing 90kg or more.

“Trevor and I grew up in Blairgowrie right next to Delta Park and on the Braamfontein Spruit. We used to ride our bikes up and down ‘The Spruit’ (as it is now known) before there was such thing as a mountain bike. Now everyone who has a mountain bike and lives in the area ‘hits The Spruit’ regularly,” says Murray.

As boys they delivered newspapers together on their bicycles. Each went to a different boarding school, and they only started cycling again as adults. They did their first KAP sani2c together nearly ten years ago, and have done the race every year since then.

“We are aiming for a 6th Buffalo Category win this year in our 10th sani2c,” they said. 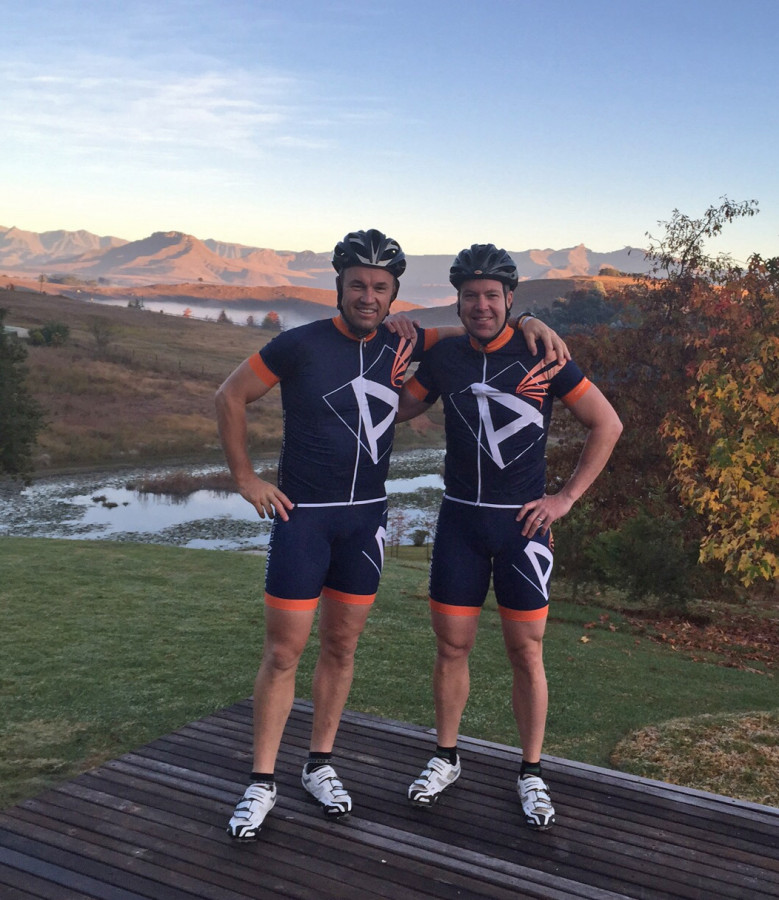 Lifelong friends Trevor Case and Murray Brown will be taking part in their tenth consecutive sani2c next month.