Mamba sharing the joy of sani2c 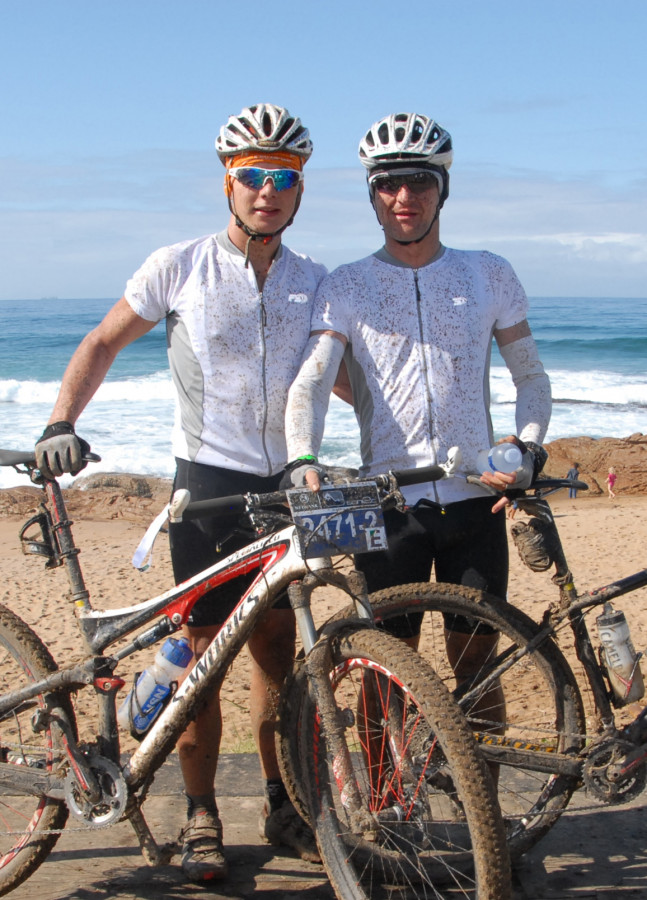 Corne Meier (right) and his nephew Juan van Zyl completed the KAP sani2c together in 2013. This year sees Corne take on his 11th sani2c.

Corne Meier from Midstream will next week take part in the KAP sani2c for the 11th time in 13 years. The sani2c is a 3 day mountain bike stage race which travels 265 kms from Underberg in the southern Drakensberg to Scottburgh on the South Coast

“Apart from the spectacular views, great track and awesome organisation of the Haw family and their crew, riding the sani2c is both an humbling and exhilarating experience. The race taught me a lot about myself. At first I rode to be competitive; I rode hard and every year tried to be faster than the previous year. I chose my partners by their speed and fitness levels. After a couple of years I realised that the event is so much more than racing. sani2c is an “experience” to be enjoyed by all,” he says.

“It became my mission to introduce this amazing event to as many people as I could. I started choosing my partners by their positivity, attitude and their love to ride. Completing the race with my then 17 year old nephew Juan in 2013 was probably one of my most memorable events.”

Corne is looking forward to riding this year with Juan’s father Johann van Zyl, who had an accident on day 2 of sani2c in 2015 and was unable to finish.

“On 16 May I will be at the start line of the sani2c with Johann to ensure that both of us cross the floating bridge 265 kms later on the Scottburgh lagoon,” he says.