SARLA keeping up their sani2c tradition in 2018 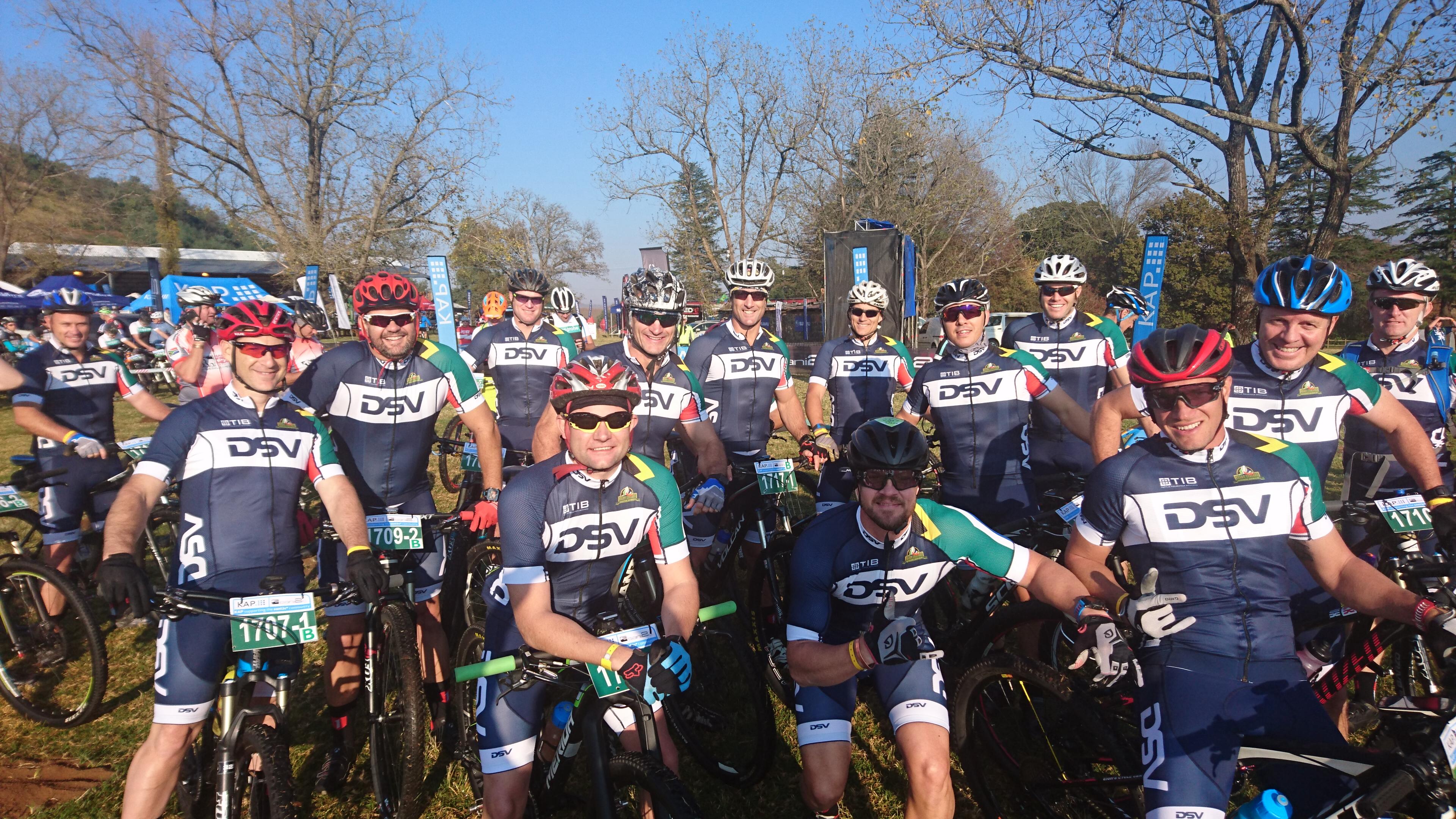 Himeville - When the 1500 riders set off for the start of the Adventure edition of the annual three day KAP sani2c mountain bike classic from Himeville to Scottburgh, the field will include a team of well-known rugby personalities, ranging from World Cup winners to bulky forwards with MTB track records that their mates are all too aware of.

“We absolutely love Farmer Glen’s event, and it is a top priority for the SA Rugby Legends every year,” said team captain Stefan Terblanche, who will lead a team with their sponsors that will include Joel Stransky, Warren Brosnihan, Trevor Halstead, Matt Pennefather, John Slade, Henry Coxwell and Shaun Payne.

Terblanche said that the abilities of the riders varied but they all thoroughly enjoy the three stage race and the hospitality of the region they ride through. He added that they were expecting a good result in the Adventure from their top riders Stransky and Payne.

“After his third with Andrew Maclean in the Absa Cape Epic we know Joel (Stransky) is in good shape,” said Terblanche. “Two years ago he got a second in the Adventure so we hope he can ride onto the podium again with his partner.”

Terblanche said that the team strategy was to allow the riders to each take on the race at their own pace.

“On the final day to Scottburgh we might decide to ride together as a bunch, which is great fun, but the guys that are racing hard we allow to go at their own pace,” he explained.

He added that avid cyclist John “Slugger” Slade was making a comeback to riding and was excited to be taking on another KAP sani2c. He did bring with him a reputation for the unexpected.

“You can always hear Slugger before you see him,” said Terblanche. “It is never, ever boring when he is around.

“Two years ago when he last rode he took out two guys on an open stretch of district road, one of them was Brent Russell, who wasn’t amused!

“He landed up crashing a couple of times on that final stage, bent his derailleur so badly that he was stuck in one gear for the last bit of the race into Scottburgh,” recalls Terblanche.

“We have our own version of that Think Bike sticker that says ‘Stay Wider of the Rider – 1,5 metres’. For us it is stay wide of Slugger – 1,5 kilometres!”

The SARLA ex-players race every year with a group of businessmen from DSV who have a long association with SARLA.

“Right from the days that they were UTi they have helped us unbelievably. They transport rugby kit for us around the country and support our Vuka Rugby programme.

"They courier gear that is donated to us from overseas, so it is a pleasure to share the race with them,” he said.