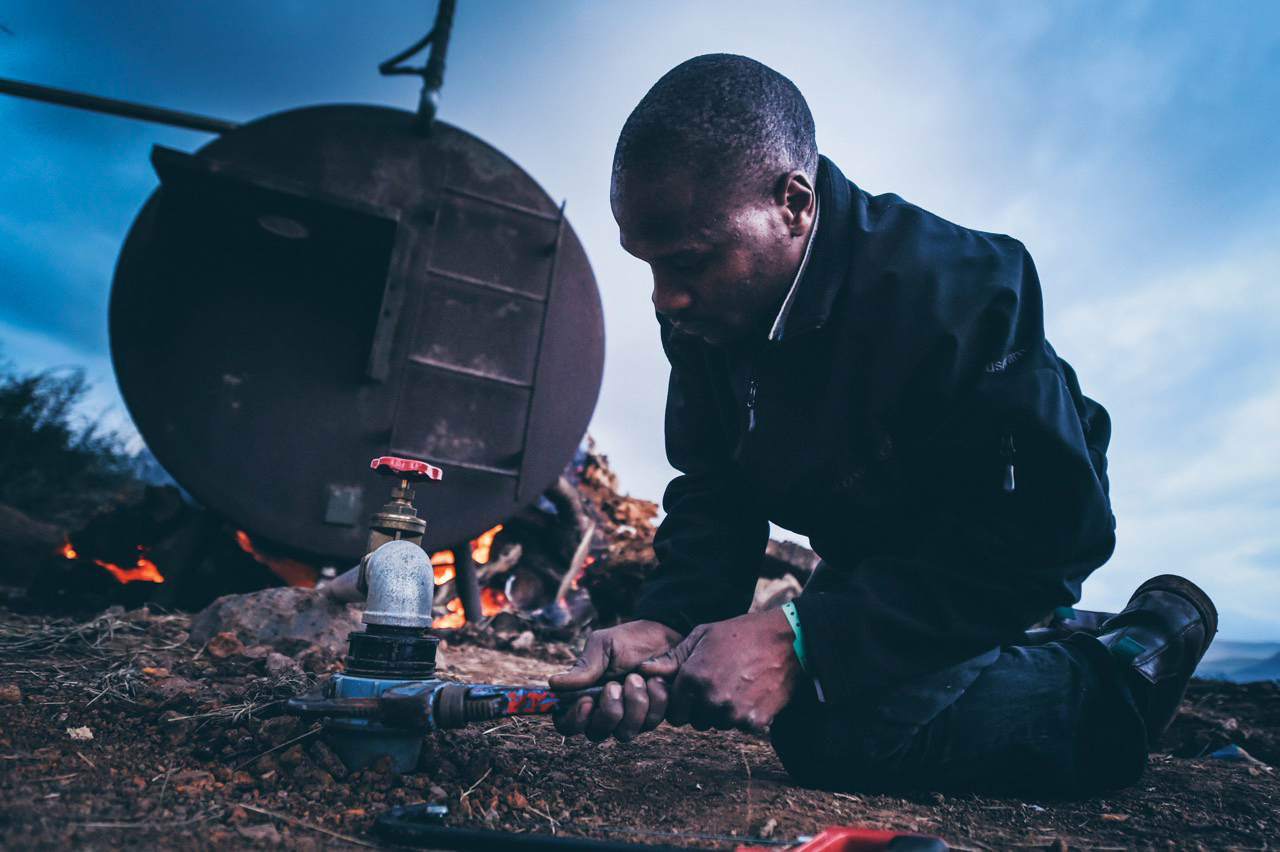 Glencairn - The KAP sani2c is the world’s biggest mountain bike stage race, and while it continues to attract thousands every year, the event is as just as focussed on supporting the communities that it passes through, evidenced by Petro Sosiba's son Aphelele who is currently in Grade 1 at Lynford School where he has been on a sani2c bursary since grade RR.

Lynford is a small independent school that serves the greater Ixopo community. The school was founded in 1996 by a group of like-minded families who saw a need to provide sustainable, quality education in the area.

The sani2c mountain bike event was started as a fund-raising event for the Lynford School. Farmer Glen, at the time was on the school board and a parent at Lynford. As a result of his vision and tireless parent support, Lynford has been extremely successful.

The story of Petro Sosiba is a remarkable one and the 31 year-old has been part of 'Farmer' Glen Haw's team since arriving to help with installing a fence at Lynford School nearly 20 years ago. The fact that Petro’s son, Aphelele is now being educated at Lynford would have never been a reality if it was not for KAP sani2c.

What is more appropriate to this story is that Petro was born and schooled in the Umkomaas Valley. The ‘Umko Drop’ as it is fondly referred to by those riding sani2c is the heart of the event and it was here that Petro grew up as a child herding cattle and goats.

Many of the now infamous sections down the Umko drop such as Yankee’s Doodle, Murray’s Meander, Nicks Pass and aptly named Sosiba’s Section were scouted with Sosiba’s help due to his knowledge of the various paths in the valley.

Petro’s rise from a fencer working at Lynford to Farmer Glen's right-hand man was a marked and deserved one following the amount of initiative, commitment and passion he shows towards his work.

Sosiba's journey has taken him to a position where he leads the building and development team. This team have been the major contributor to the permanent structures and upgrades at all the various sani2c venues.

Part of his responsibilities are to upskill other workers in anything from brick-laying, plastering, plumbing to carpentry.

"It's an amazing story that Petro started his career working at Lynford installing a fence and now his son is there as a learner," Glen Haw explained. "Petro has been incredible contributor to the success of the KAP sani2c throughout the years and we are privileged to afford his son Aphelele the opportunity to attend Lynford School.

"So much of the sani2c has something to do with him and we felt that he and his son were the perfect beneficiaries for this support," Haw added.